Enter the world of the Indigo Court, if you dare. Here, the moon sheds light on a playground for monsters and magic...and there is no safe haven...

Eons ago, vampires tried to turn the Dark Fae in order to harness their power. Instead, they created a demonic enemy more powerful than they dared to dream. Myst, queen of the Indigo Court, is rising again... and a long-prophesied war is brewing. Wind Witch Cicely Waters, and her cousin Rhiannon, are the caught between ancient enemies, trying to protect all that they love.

You can soon find the INDIGO COURT BOOKS on KISS! The app where you can read romance by the chapter!

Get your KISS APP now for iOS  and Android! 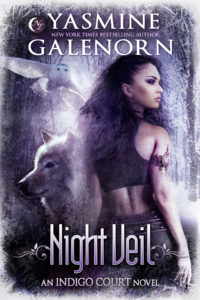 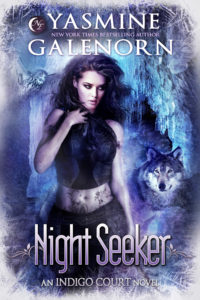 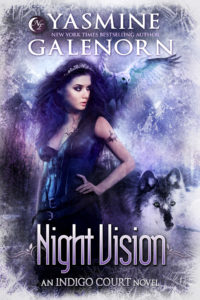 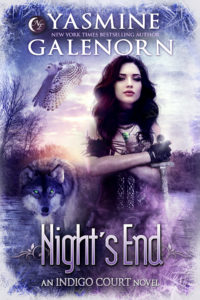 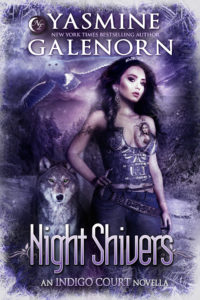 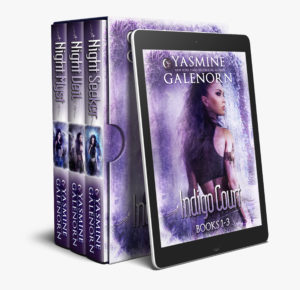 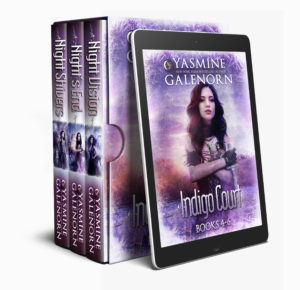 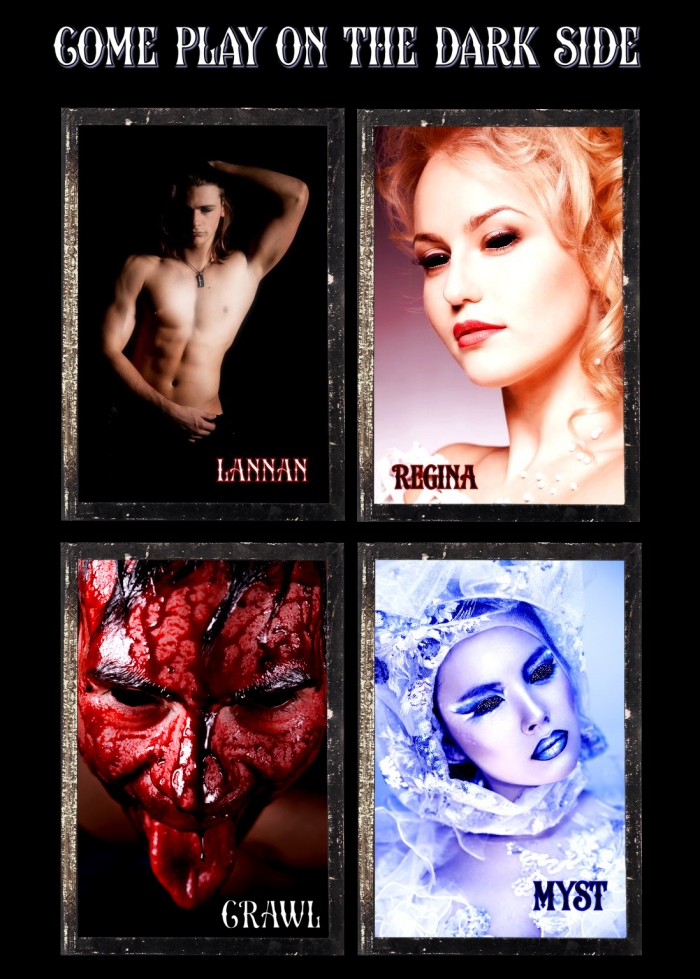 WHAT READERS ARE SAYING

I was hesitant at first to read the Indigo Court, because as many avid readers know, even though you adore one series by an author there is no guarantee that another will live up to those standards. However, I took the plunge, and absolutely loved it!!! Sure, there were sad parts, but ultimately, the sparks that fly between the couples are the type of sparks I want in a relationship. Although I would rather not have to deal with an enemy trying to ruin our lives. The mystery aspect is definitely present, but all secrets eventually get revealed, and questions answered. I will never again hesitate to read a new series by Yasmine.  Kaitlyn Cherry

I love the Indigo Court series because it draws you in and you feel like you are right there with the characters. The plot is so well written with very well developed characters. You can see them grow and change with book.

It is an intense series, dark and gritty so when they get moments of love and happiness you bask in those brief feelings and moments. I love how characters from different backgrounds all come together to defeat their common enemy. The build trust and treaties with each race and lean to communicate more to each other.  Missy Fuhrman

Yasmine Galenorn's Indigo Court is darker than her other ones but also a lot of fun. Her characters are a true delight and I love finding out more about the world she has created within this series. I highly recommend this series to anyone who enjoys a darker urban fantasy series that will keep you reading into the wee hours of the night. --Dawn M. Roberto

I love the Indigo Court series because you are transported to a beautiful wintery world where a woman has to go the distance to save the man she loves. This story is part fantasy, part romance, and part coming of age. It’s a brilliant read and I did not want to part with the characters!  --Jenne A. Page

I fell in love with the Indigo Court because I saw the bond between my soul sister and I highlighted so beautifully in Cicely and Rhiannon. It's a rare and wonderful thing to find a relationship like this so lovingly crafted and shown through such a magical world. The Indigo Court has provided a connection for my chosen sister and me that reaches far beyond the fictional and fantastical and has touched the reality of the heart. --Mia Merrill

To comment on the blog, you must register for our site. You will be able to edit and view your user information this way.
User Log In
New User Registration

Visit the World of the Wild Hunt